Canterbury: Central European Staffing (CES) continues to test potential workers for a selection of clients across the engineering construction industry. At the end of July one of our major clients carried out welding trade tests at their facility in Rybnik, Poland.

Despite, the trade assessment being unusually demanding (double welding including visual and NDT inspections.), all Central European Staffing candidates passed both tests. All garnered ASME certificates.

The qualification assessment was organized to recruit coded welders to work on an industrial engineering project in Bazan, Israel. Six Central European Staffing welders participated in the test.

Bazan Group, also known as Oil Refineries Ltd. (TASE: ORL), is a leading refinery in the Eastern Mediterranean and Israel’s largest integrated refining & petrochemicals complex. The Company’s headquarters and operating facilities are based in Haifa Bay, which gives Bazan the advantages of close proximity to abundant crude oil supplies, access to a large domestic market and entry into attractive export markets. Bazan is capable of refining approximately 9.8 million tons of crude oil per year providing a variety of products used in industrial operation, transportation, private consumption, agriculture and infrastructures. 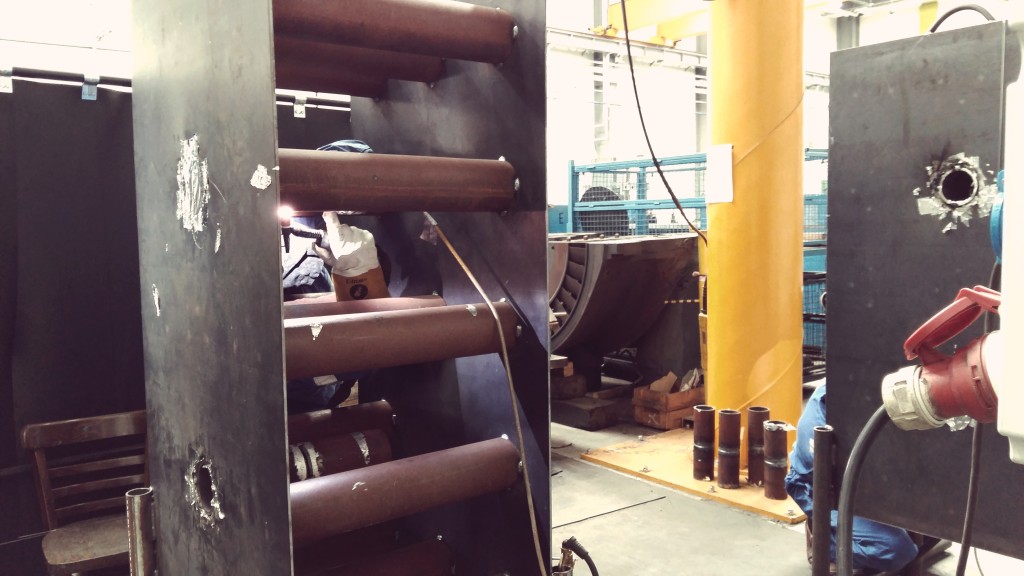 During the tests, the whole welding process was assessed, including work station preparation, setting the equipment’s parameters, heating the pipes to proper temperature with a gas burner whilst following strict Health and Safety regulations.

Thorough visual inspections of the two pipes were carried out by a qualified welding inspector during preparations (heating and grinding) and the first stage (root) to welding of the completed joint. An inspection report of each and test was issued to confirm the accuracy of the weld.

Successful candidates were invited to a further series of tests to obtain ASME certification in accordance with project requirements. This time, in addition to a standard inspection, an NDT welding inspection was conducted on each pipe at a specialized laboratory.

A 100 % passing rate is what we aim for and is something we always seek to provide for our clients during every trade test.