Motivation, passion and appetite for opportunity helps women get ahead in their engineering careers as ADIPEC holds first mixed gender women’s conference.

It’s never been easy to be a woman in the energy industry. For decades the corner office in the oil and gas industry has been the province of alpha-male CEOs with the swagger of river boat gamblers.

The Women in Industry conference underlined the success some women are enjoying in the oil and gas industry whilst offering the first opportunity for other men and women to discuss the disparities and consider solutions.

Keynote speaker, Sara Akbar, the CEO of Kuwait Energy said, “There is no shortage of obstacles facing women in the oil and gas industry, and this remains a global issue that all companies in the sector should work toward addressing.”

The fairer sex has fared much less fairly. To date oil and gas companies have had little success in increasing the female element of their workforce. The sector is traditionally a male domain which attracts limited numbers of women, although female participation has very gradually grown since the 1970s. According to the Hays Oil and Gas Global Salary Guide, in 2012 only 7.8 percent of the global oil and gas workforce was female, a slight increase on the 7.1 percent figure a year earlier. 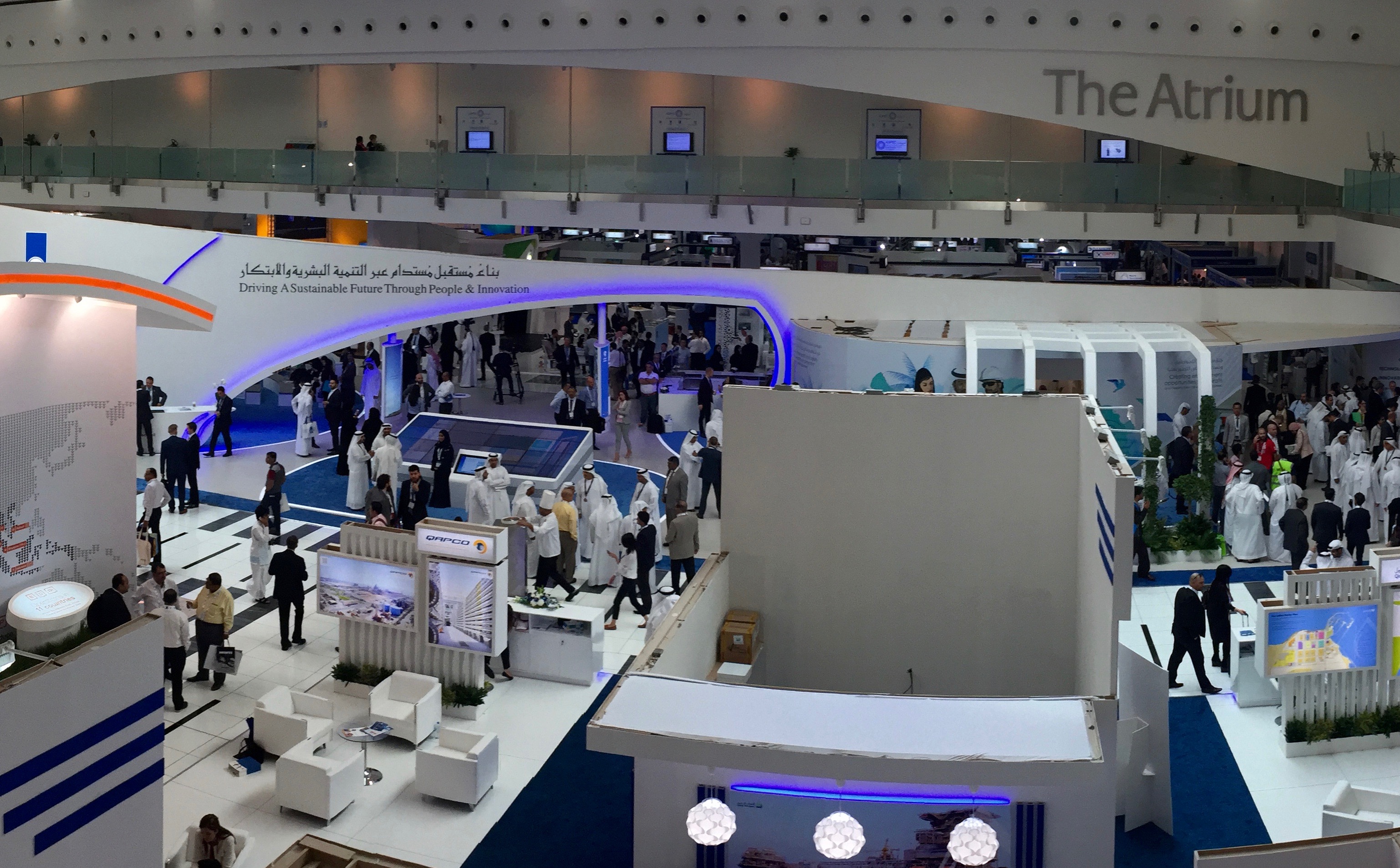 “Inclusive workplace policies will enable more women to enter and thrive in the oil and gas industry, which will ultimately bring value and promote an overall forward thinking attitude within the sector says Ali Al Shamsi, Strategy and Coordination Director at Abu Dhabi National Oil Company. “A comprehensive approach is key to bridging the gender gap, and this includes action on both sides – educating women from the grassroots about a wide range of opportunities available in the industry and creating workplace environments that enable the growth and development of female professionals.”

There have been some encouraging developments. In the U.S., for example, the shale boom helped drive up the number of women working in oil and gas fields by about 60 percent to 78,400 between 2004 and 2011, according to research by energy publication Rigzone. A recent report from IHS Global found that by 2030 the industry could add 185,000 more women to its ranks, with females also sharing in the growth of more skilled white-collar jobs in the industry. Still, for now, women continue to represent only a small share of the global oil industry’s workforce and even fewer hold engineering or other technical roles. The same is true for board-level positions. A study conducted by PWC found that women occupy only 11 percent of seats on the board of directors of the world’s 100 largest listed oil and gas companies.

Vicki Hollub is quite the exception. That the Oilprice.com list of the 12 richest oil and gas tycoons includes no women is hardly a surprise. But hold on. Recently Vicki Hollub, a 33-year veteran with Occidental Petroleum, made American corporate history by becoming the first female CEO of a major U.S. oil company.

She told a packed house at ADIPEC that she believes that women in the oil and gas business should aim high when it comes to careers whilst adding that she never dreamed she could rise to chief executive officer of one of the world’s biggest oil companies.

“My career has evolved way beyond my expectations. I did not come into this career ever expecting to be the CEO of a company. That was not my aspiration. I loved being an engineer. I love the technical part of the job. I wanted to be the best engineer in my class. I wanted to be the best engineer in our company in terms of operation engineering… Then I got into leadership and I liked that too… What always amazes me is that if you have confidence in people and you give them the tools to do something great, they are going to deliver.”

Reversal: Behind Every Successful Woman is a Man

There are now few, if any, physical limitations on the type of jobs female employees can perform in the oil and gas sector today. Technology makes things more equal. As the popular metaphor coined by Thomas Friedman goes, “the world is flat” now, a level playing field where technology has nudged commercial competitors toward equality and created a shift in perception whereby countries, companies, and individuals remain competitive in a global market where historical and geographical divisions have been rapidly dissipating.

Huda Al Ghoson, executive director of human resources at Saudi Aramaco took part in a panel discussion about how to attract women to the industry whiles addressing at the same time the global lack of engineers. She said that attracting talent should be a genderless pursuit and that companies across the spectrum of industries, not just oil and gas, are focused on this approach.

Still, women in the UK engineering construction industry currently account for less than ten per cent of the workforce. Career sexism remains an important issue for government, industry, employers and individuals.

At the same time women need to help themselves to avoid the so-called “Queen Bee” syndrome, an academic term coined in the 1970s for women executives who treat their female colleagues more critically than men. It’s the sort of thing popularized in movies like The Devil Wears Prada.  Bullying female subordinates supposedly gives “queen bees” the chance to show more masculine qualities, which they see as more culturally valuable and professional.

Syndromes aside, necessity for new blood in an industry, which is rapidly losing professionals and notwithstanding recent downturns, will certainly grow in the near future, should fuel unprecedented female ascendancy in. And why not? The term “Wildcat,” surely always did fit women just as well as men. 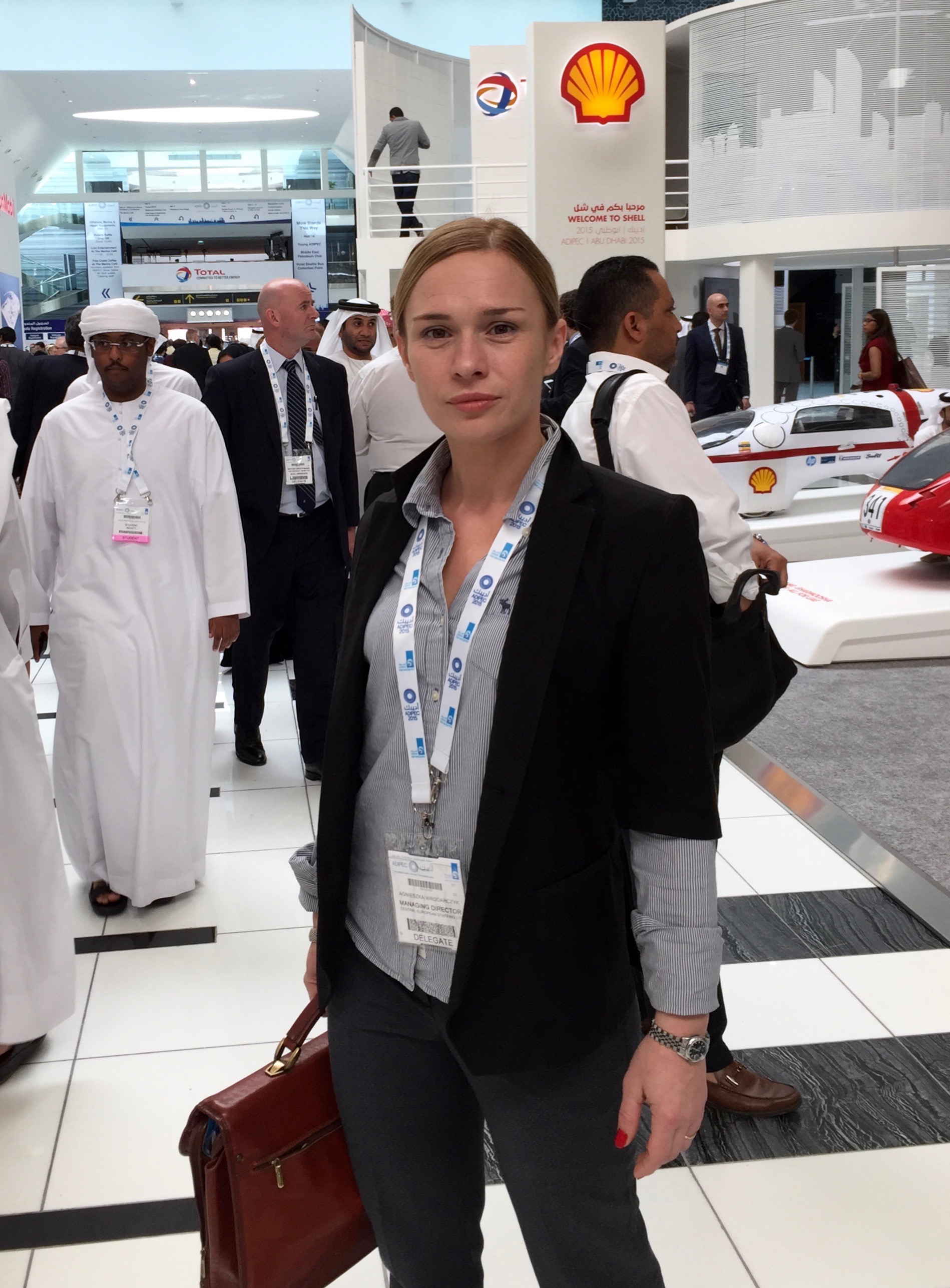 Conference participant, Agnes Wrodarczyk, chief executive of recruitment company Central European Staffing, which supplies skilled personnel to the oil and gas industry, says: “I’ve worked in the engineering construction industry since 2004. And how many times have I been to a meeting and the men I’m meeting say to me, ‘We were expecting the MD,’ and they are visibly disappointed to get me.  I must say that it seems to work out in the end just fine. If a woman can get a foot in the door, they can do well. The future for women in the industry is bright.”

ADIPEC 2016 (The Abu Dhabi International Petroleum Exhibition and Conference) is one of the world’s biggest and most influential Oil and Gas exhibition and conferences. In 2015 there were 95,000 attendees, 23 national pavilions, 7000 delegates and including a full complement of oil & gas companies, technology suppliers and service companies.

More about ADIPEC 2015:
Humans Still the Most Valuable Resource
Surplus and Survival: Oil and Gas Today

Central European Staffing (CES) is a British Polish recruitment agency, established in 2004. CES recruit not only from the UK, but also from Poland and other Eastern European and Asian countries. One of the company’ main activities is the recruitment of skilled personnel for the engineering construction industry (coded welders, pipefitters, platers, mechanical fitters, riggers).