If You Build It, They Will Come, The ECIA Spring Ball 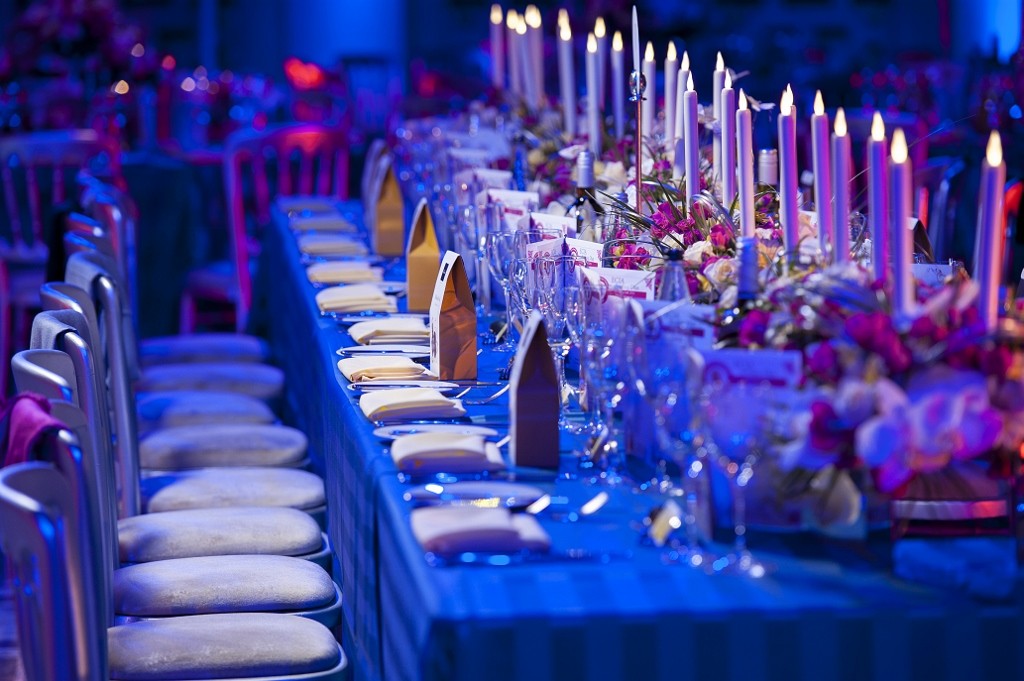 One could not have constructed a better party, especially not for this event—the Engineering Construction Industry Association annual spring ball.

This event took place on March 19th at that fine tribute to British architecture, the Durbar Court in London. Over 230 guests attended.  Mike Wilkins of Morgan Sindall, the esteemed President of ECIA, welcomed everyone with a speech on present and future challenges in the industry from nuclear power related topics to health and safety concerns in the general environment. 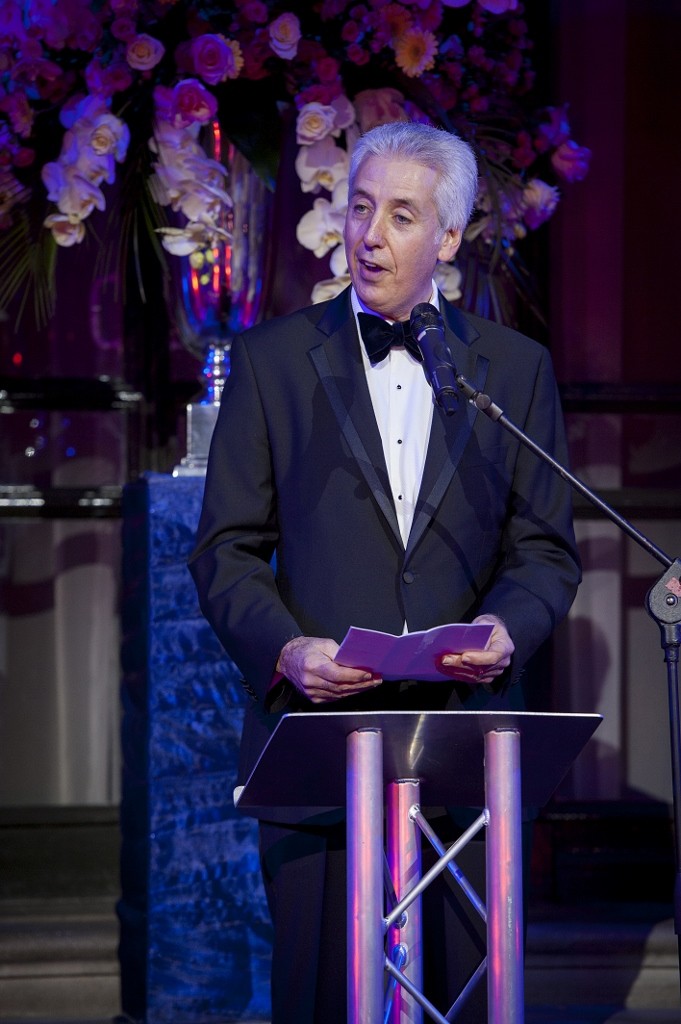 The engineering construction industry plays a vital role in the United Kingdom’s economy and the ECIA represents the branch’s key players. With the National Agreement for the Engineering Construction Industry (NAECI), Health and Safety activities and initiatives, employment relations and numerous other projects and operations, the ECIA supports the growth and well-being of the industry.

The Setting: the House that Sir Mathew Built

Sir Mathew Digby Wyatt, a scion of the famed Wyatt family of architects, designed the interiors in 1867 for the India Office, the premises now being part of the Foreign and Commonwealth Office. It went by the name of the Sultan’s Court in bygone days.

The interiors are particularly captivating, including the central court with its columns of crimson Peterhead and silvery Aberdeen granite. The flooring is of blended shades of Belgian, Sicilian and Greek marble.

The budget for the interiors was astronomical by today’s standards. Drawing upon the proceeds from the sale of East India House in Leadenhall Street, Wyatt could afford to decorate the interior courtyard of the India Office with marble, tiled friezes and a wealth of elaborate carving to create a sumptuous setting for affairs of state and diplomatic functions.

The Atmosphere: A Fine Place to Mingle and Even to Chill

Each year the ECIA spring ball convenes industry leaders, who meet to discuss plans for the forthcoming year and to have a bit of fun as well. This year was no exception, despite the niggling delay in spring’s onset.

Originally, the court was open to the sky, a roof being added a few years after the opening. The Durbar Court held many significant events commencing with the reception of the Sultan of Turkey in 1867. The site became known as the “Durbar Court” only in 1902, after the coronation celebrations for Edward VIII.

Without doubt, the Durbar Court is quite the venue, even if central heating was not part of the original design. Hardy souls noted that it was a perfect night for white wine, chilling unnecessary.

As T. S. Eliot said, alluding to the vagaries of English spring weather, “April is the cruellest month.” March, too, can have untoward tendencies. A wit identified as being from Liverpool (perhaps wishing to separate their experience from that of more lightweight Londoners) was heard to remark, “Chilly? It’s like a pleasant stroll on the Mersey. On Bank Holiday in May.”

Fine wine, a stirring soundtrack provided by the Band of the Parachute Regiment led by Captain Justin Teggarty and strategically located gas heaters lent a hand in creating a jolly garden party atmosphere. 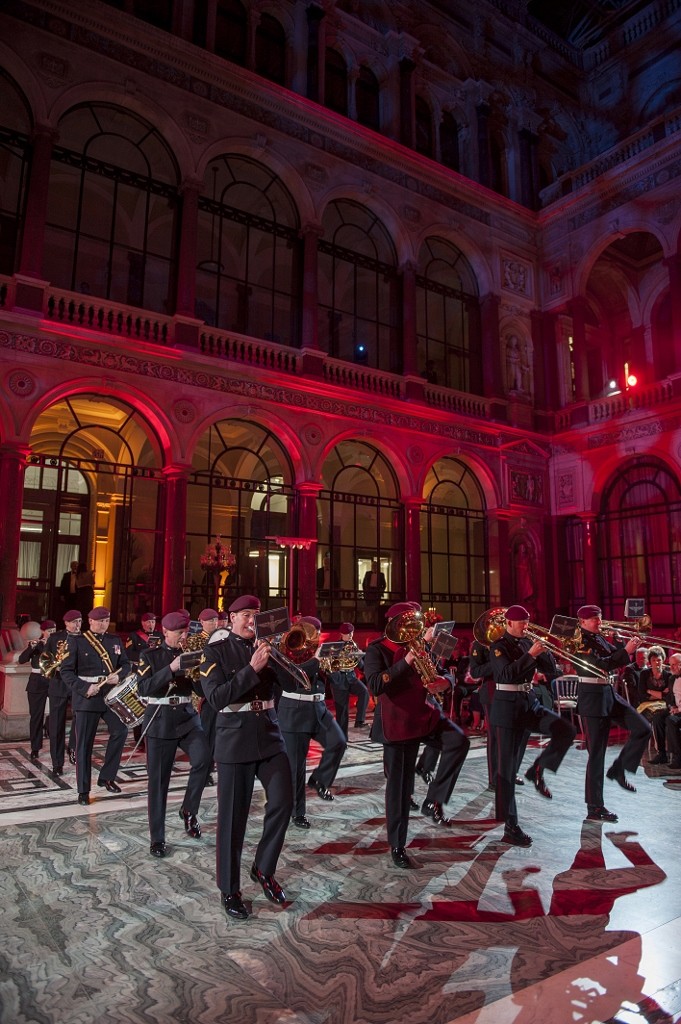 A plucky conviction of more temperate days to come warmed the room, regarding both the weather and the Industry.

The Committee is dedicated to identifying and overcoming barriers to productivity by sharing and mitigating Best Practices whilst also measuring performance and improvement.

During the 2016 Spring Ball the EPIC awarded CB&I Shaw Group UK for their contributions to the industry. Well done. 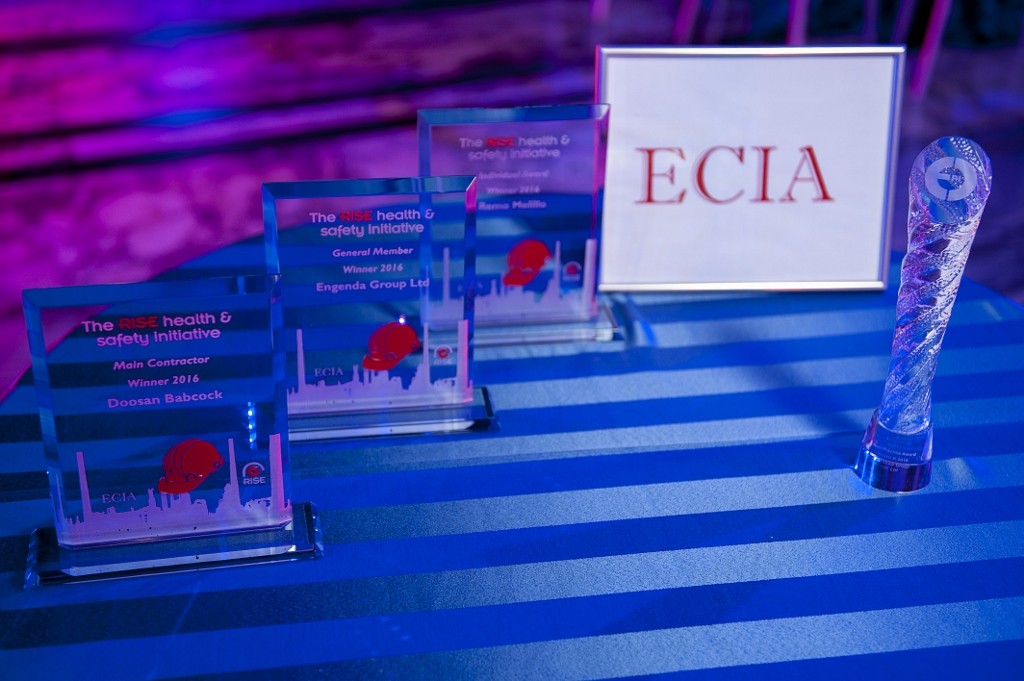 In 2016 the following RISE awards were presented:

Award for an individual: Remo Melillo 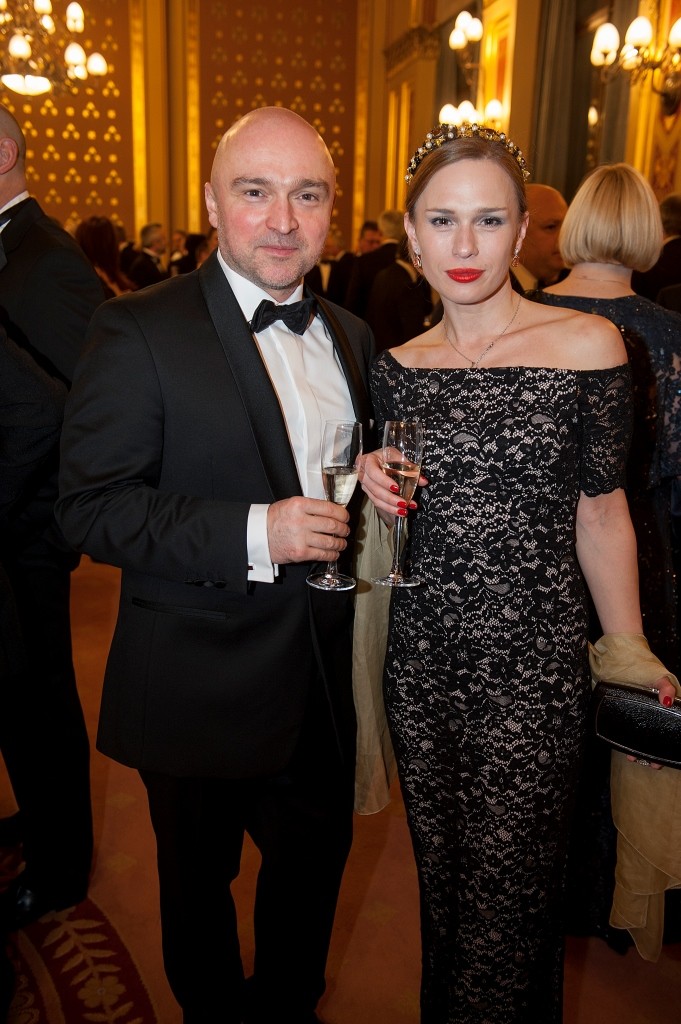 CES is looking forward to other ECIA events. They present an excellent opportunity to gather industry leaders together, trade experiences, exchange contacts and warm to each other.